The famous Italian island and their secret to a long life 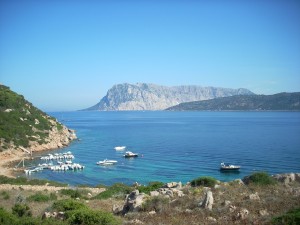 There are certain parts of the world where people live longer. Scientists call these areas ‘blue zones’ and they all happen to be by the sea. The most famous are Okinawa, Costa Rica, Loma Linda in California and the beautiful island of Sardinia right here in Europe.

Not only do people reach their hundredth birthday at twice the rate of the rest of Italy, Sardinians also enjoy good health for a greater proportion of their lives. Many men still work well into their 80s as shepherds and gardeners, rising early and walking miles each morning to tend their sheep and gardens.

Fortunately, you don’t have to be Sardinian or move there to prolong good health. Scientist Dan Buettner has identified a few very good habits Sardinians have and they’re habits all of us can incorporate.

The bad news is that they tend to move more and drive less than the rest of Italy. The good news is that you don’t need to get wild and woolly like a Sardinian shepherd scaling mountains with a sheep over your shoulder – the study on blue zones found increased moderate exercise like walking to a friend’s house rather than telephoning or preparing a meal from scratch rather than eating out are enough to see dramatic benefits.

There is a saying in Italy that translates into English as ‘a glass of wine a day is medicine.’ Sardinians eat an early evening meal and often have a glass or two of wine (usually local red). They tend to drink from tumblers and this seems to be a good way of portion controlling as they can more accurately gauge how much wine they’re drinking. (Related article: (Very rough) guide to matching fish with wine).

Being an island, Sardinians tend to eat more fish and seafood than mainlanders. Eating more fish means they benefit from increased physical and mental health. The NHS recommends that we eat at least two portions of fish each week, with one or more of those portions being oily fish. Browse our recipe library for inspiration. (Related article: Body, Heart, And Soul – The Health Benefits Of Fish).

Finally, Sardinia is famous for pecorino, a cheese made from ewe’s milk, supposedly much healthier than cow’s milk cheese. Here’s a traditional Sardinian recipe we found that contains fish, wine, pecorino cheese and bags of flavour: Sardinian Fish Soup.